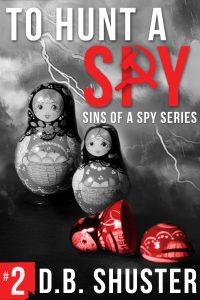 Caught between duty and conscience.

Moscow, 1985. The more time KGB agent Artur Gregorovich spends undercover in the Jewish community—and with the mysterious Sofia—the more he questions everything he thinks he knows about his country, his family, and himself.

Nuclear disarmament negotiations have stalled over accusations of his country’s human rights violations against Jews, and Artur faces mounting pressure to catch and stop the traitors spreading anti-Soviet stories. Even if those stories happen to be true.

As his sympathy for Sofia and her family grows, Artur finds himself asking how far he’s willing to go to stop them.

When his investigation reveals shocking connections between his targets, the Russian mafia, and the CIA, he’s forced to choose. Between duty and conscience. Between honor and desire. Between his country and himself.

To protect his country, he must do more than stop the traitors. He must hunt–and kill–a spy.

The Americans meets Bridge of Spies in this can’t-put-down Cold War story of love and patriotism.